The Definitive Guide to Cryptocurrencies

The world of cryptocurrencies can seem as alien as it is exciting―even if you aren’t interested in investing yourself, it can never hurt to be hip to the explosively popular tech trend.

Cryptocurrency is digital currency backed by a secure network instead of a bank, which can be bought, sold, and traded like stock in a company in exchange for other cryptocurrencies, fiat currencies, or goods and services.

Most traded and talked about cryptocurrencies on the market

Bitcoin Cash
Highest market cap: $73 billion
Proposed in June 2017 by the Bitcoin Unlimited group, implemented as a “fork” in the Bitcoin blockchain in August 2017
Market share: 5.1%

A Crypto Exchange is:

The market to buy, sell, and trade cryptocurrencies, similar to a stock market like Dow Jones and NASDAQ.

From Anonymous Beginnings to Massive Support

Bitcoin was the first decentralized digital currency to be mined and made public. A wave of new cryptocurrencies soon followed the introduction of Bitcoin using the same or similar crypto algorithms.

Cryptocurrency has seen support and investment from everyone from tech pioneers to venture capitalists to teenagers.

Winklevoss Twins
Famous for their association with the founding of Facebook, these twins have taken to the crypto game in a major way. They invested $11 million in Bitcoin in 2013 (Now worth more than $1 Billion). In 2015, they created the Gemini crypto exchange.

Eddy Zillan
Ohio teen invested his life savings into an altcoin at the age of 15 and has since made a career out of cryptocurrencies. In 2015, he invested $12,000 into currencies like Ethereum which turned into a $350,000 portfolio within a year and founded his investment advice company, Cryptocurrency Financial.

Crypto Wallets
Owned cryptocurrency can be traded immediately or stored in a secure “wallet” for later use. Choose the right wallet for your security and accessibility needs:
Desktop wallet: Single computer has access to wallet through keys saved to the hard drive
Security: High, but susceptible to viruses and hacks
Online and mobile wallet: Stored on a cloud system controlled by a third party, like an exchange
Security: Can be more susceptible to theft and hacks
Hardware wallet: Wallet is stored offline in a USB or dedicated crypto device that can be accessed on a computer
Security: Highly secure access
Paper wallet: Access keys are written down or printed out after generation
Security: High, until accessed online for deposit or withdrawal

Blockchain computing is the technologic backbone of cryptocurrency that allows it to be a secure and public platform.

Features of a blockchain network

Blockchain has the potential to rewrite data management practice standards across many industries:

Government
Dubai has started an initiative to implement a blockchain strategy with the aim to increase government efficiency by digitizing an estimated 100 million documents per year. It will create and energize business using the technology and improve the international Dubai experience with faster and more secure travel documentation like visas and licenses.

Some want blockchain technology to reduce regulation and increase anonymity.
Monero is a cryptocurrency that operates on the basis of absolute privacy of transactions and users. No personal identification required. Transactions and sending/receiving addresses are untraceable. Fungibility prevents blacklisting by vendors and exchanges.

ICO Definition
Sell percentages of a new cryptocurrency in exchange for funding through fiat currency or other cryptocurrency. Less restrictive than traditional bank and venture-capital funding.

There has been a staggering amount of capital raised through ICOs

Leading ICOs by investment through April 2018

Be cautious to avoid potential scams or phishing attempts guised as legitimate ventures. Ten percent, or roughly $400 million of $3.7 billion, of ICO funds have been lost or stolen. ICOs have been under scrutiny from governmental and financial agencies for abuse potential and lack of regulatory standards. U.S. SEC Chairman Jay Clayton claims ICOs are securities that should be regulated under stricter scrutiny. China banned ICOs in September 2017 as an unlawful method of public financing

There is a lot of uncertainty surrounding cryptocurrencies, both as a concept amongst laymen and as a stable market for would be investors.

Mistrust in the Cryptocurrency Market

Many Americans over the age of 18 are misinformed about cryptocurrency
Have you heard of Bitcoin?
79% Yes
21% No

There is legitimate concern for online security as evidenced by past hacks of cryptocurrency exchanges.

Bithumb
Hacked June 2017
Lost around $7 million of the cryptocurrencies Bitcoin and Ethereum
up to 30,000 users’ information compromised

Cryptocurrencies have been called a major bubble.

A bubble occurs when investors drive the demand of an asset to a price far beyond its realistic or rational value. A crash, or bubble pop, occurs when a majority of asset investors try to leave the market at the same time which then causes major losses.

Part of this value decrease can be attributed to a fear of a regulation crackdown. The exchange Bitfinex and cryptocurrency Tether were subpoenaed by U.S. Commodity Future Trading Commission for failing to verify the $2.3 billion of tether listed on the market. Investors and believers in cryptocurrency claim prices will stabilize and climb back up. Mechanisms to enter the crypto market will increase investment.

Whether you consider it a way to make easy money, a financial fad, or a vehicle for revolution, it is a great time to learn about the explosively popular world of cryptocurrency! 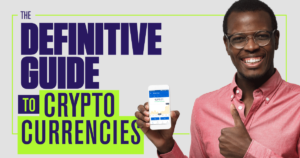